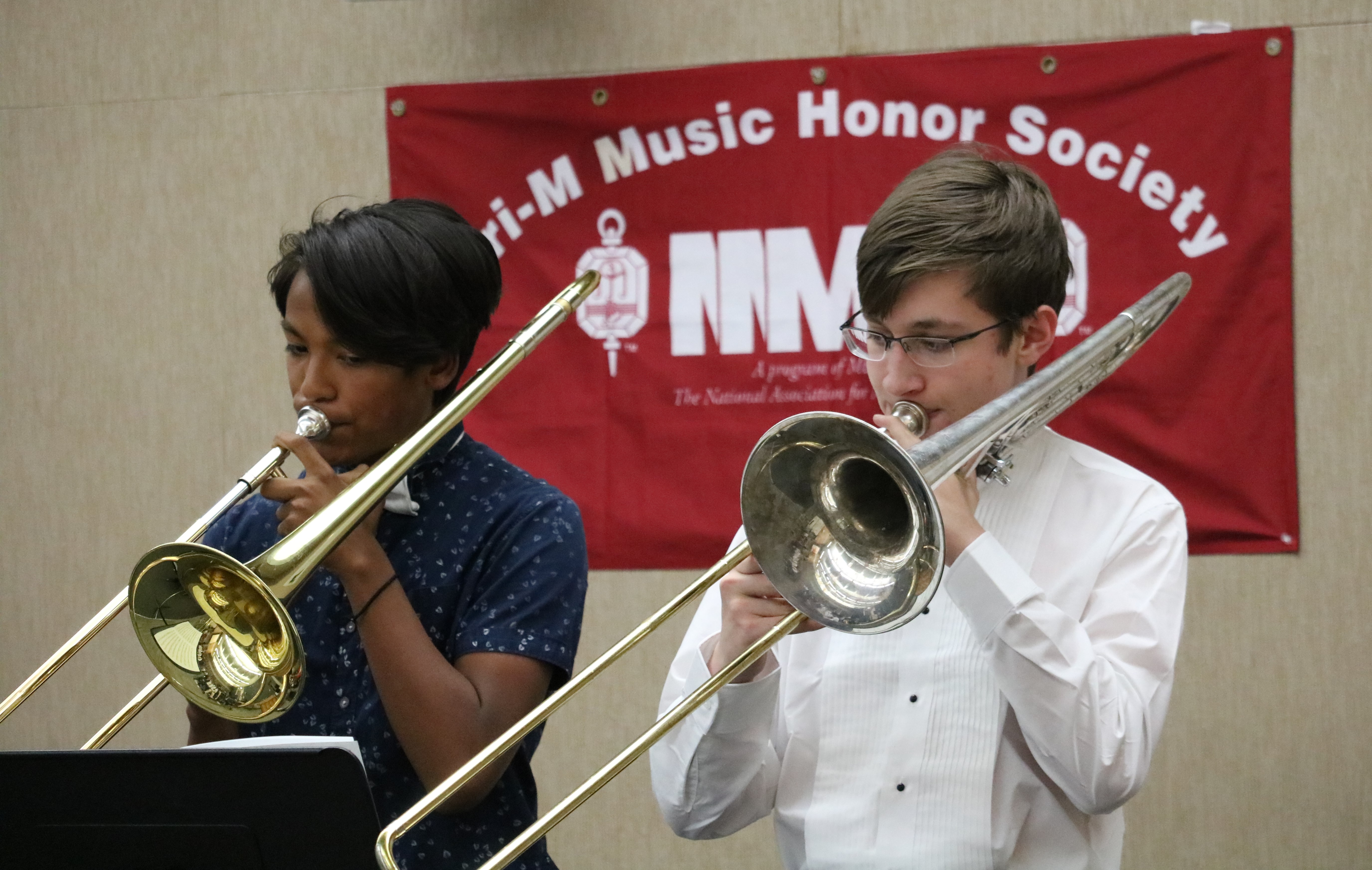 Thirteen Serra music students were inducted into the Tri-M Music Honors Society, which annually welcomes musicians who perform at a higher level and boast a higher standard with academics.

The Tri-M is a high school and middle school music honor society and is a program of the National Association for Music Education. It is designed to recognize students for their academic and musical achievements and to provide leadership and service opportunities to young musicians.

Each year, Serra has an annual induction, in which each new member must perform, according to Serra Music Director Tamara Stephens. This event was held in early November at Serra.

Students in the honors society also serve in various capacities on campus, including student mentoring, club meetings and numerous performances throughout the year.

"These are such talented musicians," Stephens noted. "Any time we need musical representation, we call on these kids first."

The Tri-M has been a part of Serra High School since 2002. Each school has its own chapter, which is run by the students but supervised by an adviser, Stephens said. There are approximately 6,200 participating chapters in several countries.