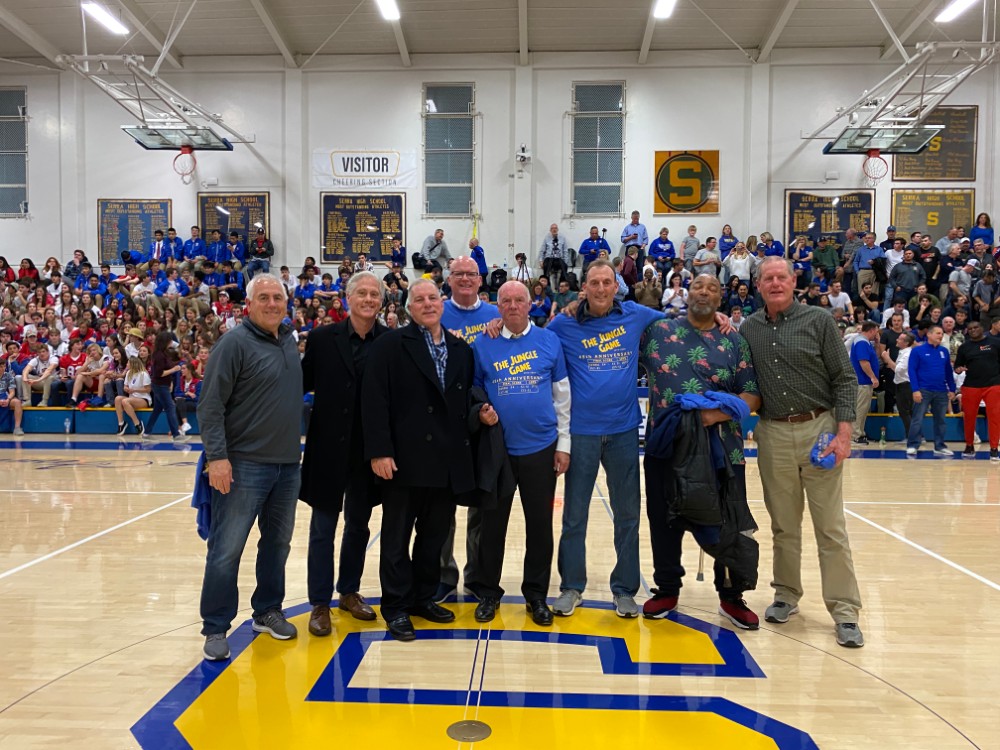 It was a victorious night for Serra's varsity basketball team in the annual Jungle Game Tuesday night, with the Padres pulling out a win with a final score of 57-54 against San Francisco's St. Ignatius Wildcats.

Both varsity teams brought their A-games but the Padres took the lead in the fourth period.

Members of the original 1974-1975 Serra Varsity Basketball Team, which played in the very game that prompted the 45-year tradition, were honored at center court during halftime.

On February 14, 1975, the Padres hosted the Wildcats before a huge crowd at Serra. After an incredible game, legendary SI Coach Bob Drucker would later say, "We have to go down to Serra and it will be a Jungle down there." With those choice words the Jungle Tradition began.