Serra's music curriculum features three performing groups: Jazz Band, Symphonic Band and Men's Chorus. All courses are accepted by the University of California as fulfillment of their Visual and Performing Arts entrance requirement. In addition, Serra's music courses are closely aligned with California State University standards in music and are designed to meet the needs of serious music students, as well as those wishing to explore music for the first time.

This is an elite group of musicians who must submit an audition and be selected.

*Must also enroll in Symphonic Band

This group is for students who have at least one year of experience on their instrument. They perform at many functions, including concerts, festivals, football and basketball games.

Currently this group is offered once a week, after school for 90 minutes. However, we are hopeful that the Tri-School Choir will become a part of the school day in 2022-2023.

This is a new club that was started this year which invites all instruments to join. Members meet once a week after school for 60-90 minutes.

Serra is proud to welcome Joe Murphy as its new music director this year. Murphy brings with him more than 20 years of leadership experience in the educational and musical fields and has been the acclaimed band director at Tierra Linda Middle School in the San Carlos School District since 2005.

For the past 20 years, he has led symphonic bands, jazz bands, A Capella choir groups, marching bands and orchestras at the middle and high school levels.

"I am very excited to bring my skills to Serra," Murphy said. "I possess the specific skills and experience necessary to teach the variety of music classes that are offered at Serra and have a vision for where the program can grow and evolve," he said. He added he hopes to accomplish this while honoring the tradition and history of Serra's music program.

Serra's three performing groups participate in a variety of festivals. Non-competitive festivals are frequently referred to as "Comments Only" festivals, where a group performs for judges but instead of receiving a score or rating, they receive constructive comments live, on stage in the form of a mini clinic.

At competitive festivals like CMEA (California Music Education Association), groups are judged, scored and rated. The competition involves having bands or choirs perform a short set (usually three numbers) for a panel of three adjudicators, all of whom are music educators from around the state. Groups are rated on things like musicality, technique, expression, and discipline (jazz bands are also rated on the quality of their improvised solos) and then given a composite score that translates to categories like "Good (70 - 79)," "Excellent (80 - 89)," or the highest rating, "Superior (90 - 100)."

Performing groups then move to a different location, where they must "sight-read" for a fourth adjudicator—a process that involves playing or singing a piece in its entirety that they have never seen before. Symphonic and jazz band directors are given five minutes to talk about the piece to the band.

However, members are not allowed to play—or even sing—any of the parts during this time. The competing bands then play the unfamiliar piece from start to finish, trying to play it as close to perfect as possible. Choirs, on the other hand, are given five minutes to actually rehearse the piece before singing it straight through a capella (without accompaniment). The sight-reading judge rates the band or choir in a similar fashion to the other three judges and also assigns a rating. Bands who receive "Superior" ratings from all four judges are given the coveted "Unanimous Superior" designation.

The Tri-M Music Honor Society is the international music honor society for middle/junior high and high school students. It is designed to recognize students for their academic and musical achievements, reward them for their accomplishments and service activities, and to inspire other students to excel at music and leadership. Through more than 4,500 chartered chapters, Tri-M has helped thousands of young people provide years of service through music in schools throughout the world.

Tri-M shares and supports the objectives of every dedicated music educator—to increase student and school involvement with music and to make a stronger and more unified school music program. Tri-M offers a complete system of rewards that help inspire students and recognize excellence in individuals and chapters. With this system, the society builds self-esteem and provides a channel of personal fulfillment.

Tri-M is a program of NAfME, The National Association for Music Education, the largest non-profit organization dedicated to the advancement of music education. Through its many programs, activities, publications, and conferences, NAfME addresses all aspects of music education and works to ensure that every student can be a part of a balanced, comprehensive, and high quality program of music instruction.

Tri-M was founded in 1936 by Alexander and Frances Harley, incorporated and renamed Modern Music Masters in 1952, and in 1983 recognized as the Tri-M Music Honor Society, a program of MENC: The National Association for Music Education. 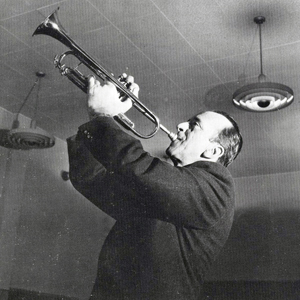 Since 1944, Serra has always had a thriving music program. It is remarkable to note that during the school's 70-year history, there only have been three music directors. John Catalano, a professional musician and multi-instrumentalist, was the school’s first music teacher. In 1956, Catalano formed several performing groups that established Serra’s musical presence, including a mandolin band, a banjo band and several jazz combos. "Cat" (as he was affectionately known) laid the groundwork for the music program and left a legacy of inspired musicians who fondly remember his talent, caring attitude and the mischievous gleam in his eye. Catalano led the program until 1970, when he suddenly died at a gig after suffering a heart attack. 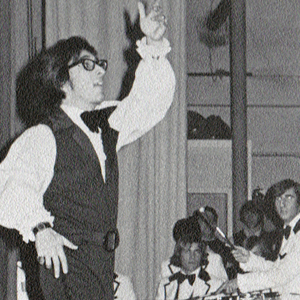 With large shoes to fill, the music program was next handed to a Catalano product, Phil Garay (‘68) whose diminutive stature belied his enormous talent. For the next six years, Garay built powerhouse music and drama programs, staging spectacular concerts and musicals that became the talk of the Peninsula. This excitement was captured on the album "The One and Only Serra Band," Garay’s trademark moniker for Serra’s premier performing group. 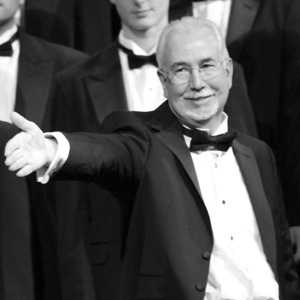 Students who had signed up for classes with Mr. Garay in the Fall of 1977 were surprised to be greeted by Jay Jordan, a twenty-three year old trumpet player fresh out of San Jose State University. Since then Jordan has tried hard to both live up his predecessors’ standards and to reshape the music program into a multifaceted academic department that caters to the needs of all Serra students.