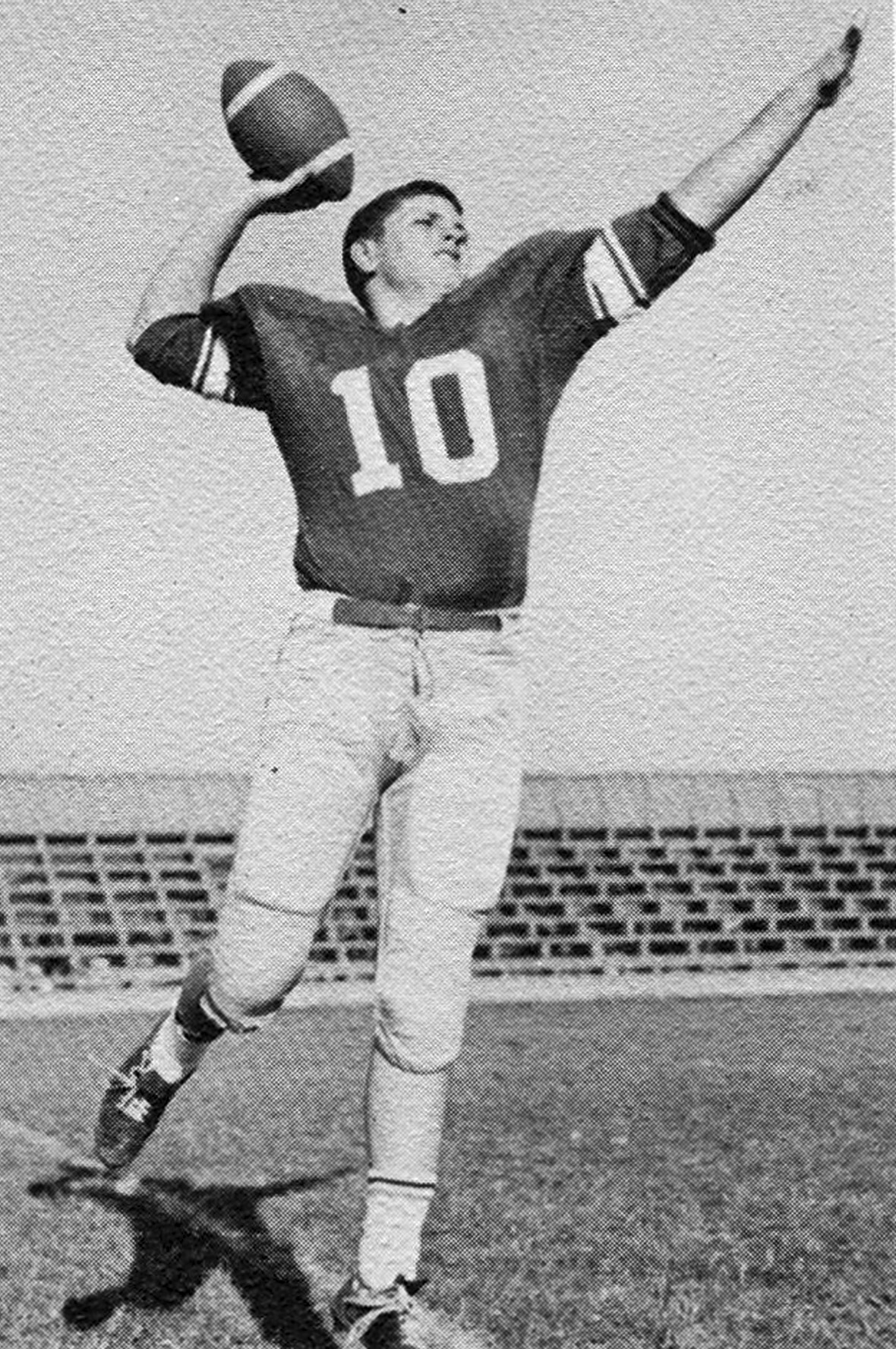 Click on the down arrow to the right of the year for previous year's results.

Serra High School for Boys—yes, that was indeed the Catholic secondary institution’s original name—opened for business in September 1944 in a former San Mateo elementary school on Alameda de las Pulgas only recently vacated by the U.S. Army. World War II was in full fury thousands of miles away. Sugar, meat, shoes, gasoline and other items vital to the war effort were strictly rationed. Three pounds of coffee sold for 59 cents. A dozen eggs cost 39 cents. The Manor Theater on 25th Avenue in San Mateo was showing “The Invisible Man’s Revenge” starring the forgettable Jon Hall. The daily luncheon smorgasbord, an all-you-could-eat spread, at fabled Dinah’s Shack in Palo Alto was priced at 85 cents. There were no freeways. The Hillsdale Shopping Center wasn’t even on the drawing board.

Four priests from the Archdiocese of San Francisco were assigned to staff the new school of 86 youngsters: Fathers John Zoph, Vincent Breen, Edward Allen and Thomas Kennedy. Serra was the first prep school west of the Mississippi to be staffed only by archdiocesan priests. Yearly tuition was the princely sum of $125.

Most “home” games were played away from home. The embryonic football team used available San Mateo County fields at San Mateo, Burlingame and Sequoia highs and at St. Joseph’s Military Academy in Belmont, located where the Carlmont Shopping Center is today. Serra’s own campus field was about 80 yards long.

Dan Miller, a player on Serra’s first varsity football team, recalled that the Padres frequently would practice on a vacant field about a mile from the school. Paul Giguiere, who played football a few years later, said his team practiced on a polo field on West 20th Avenue, not far from the present Serra campus.

Giguiere noted that the “turf” at the original Serra campus was “rocks and dirt.” As he put it, “You could get hurt just going out for a pass there.” Work on field goals and extra points often would produce footballs bouncing about on Alameda de las Pulgas.

Here are some highlights during the first years of Padre football:

1946-47: Under the guidance of the school’s first varsity football coach, Rod Crump, the Padres’ infant varsity football team produced a 2-4 record. It was an inauspicious beginning. Better things would follow. With multi-purpose quarterback Clem Schablaske at the controls, the Padres won their first varsity athletic event of any kind in their fourth football game of the season, 26-0, against Holy Cross of Santa Cruz. The game was played at St. Joseph’s Military Academy. Schablaske threw a touchdown pass to Gene Giannotti on Serra’s first play from scrimmage to record the school’s first varsity points. The following week, Serra achieved another shutout, defeating St. Mary’s in Berkeley, 12-0. The highlight of that game was an 85-yard run by Al Connel, setting up a 10-yard TD scamper by Schablaske in the second half. As the season came to a close, Burlingame Advance sports editor Jack Townsend wrote that Schablaske “is the kind of player coaches dream about, but rarely find.”

1947-48: Joe Ferem took over as Serra’s head football coach in the program’s second varsity season. It was a rough first year. The Padres won just one game, a 26-0 victory over Tamalpais of Marin County. Touchdowns were scored by Bob Hanson, Ed Michelsen, a pint-sized 150-pound quarterback, the rugged Schablaske and a sophomore speedster, Tom Laramie. We would hear a lot more from Laramie in future seasons. The Padres tied St. Vincent’s of Vallejo, 13-13, and St. Anselm’s, another Marin County school (which later would become Marin Catholic), 6-6. Palo Alto and Bellarmine crushed Serra by a combined score of 128-7.

1948-49: Serra football began to show distinct signs of life. The Padres tied for the California Catholic Athletic League title with Bellarmine (at that time a member of the league in football) with a 4-1 record, 6-3 overall. Ed Michelsen at quarterback was the catalyst for Coach Joe Ferem’s club. But he had considerable assistance. Tom Laramie, for one, started to feel his oats. He was a star in the making. In a key late-season game with St. Mary’s of Berkeley which secured the championship tie, the Padres played perhaps their best contest of the year. It resulted in a convincing 31-13 triumph. Serra got single touchdowns from Ron LaPointe, Jerry Driscoll and Laramie. Michelsen scored twice, one of the tallies coming on an option pass from Laramie, a favorite play of the inventive Ferem.

1949-50: Serra came of age during the fall semester. The word finally was out that the school was dead serious about its athletic program. Joe Ferem’s Padre football team went unbeaten and won the CCAL championship. It was a landmark campaign and caught the attention of prep fans throughout the Peninsula. San Franciscans noticed too. Serra’s 8-0 record was the best in school history up to that point. It also was the culmination of Ferem’s three-year program. He left Serra to coach at San Francisco State at the end of the school year in June.